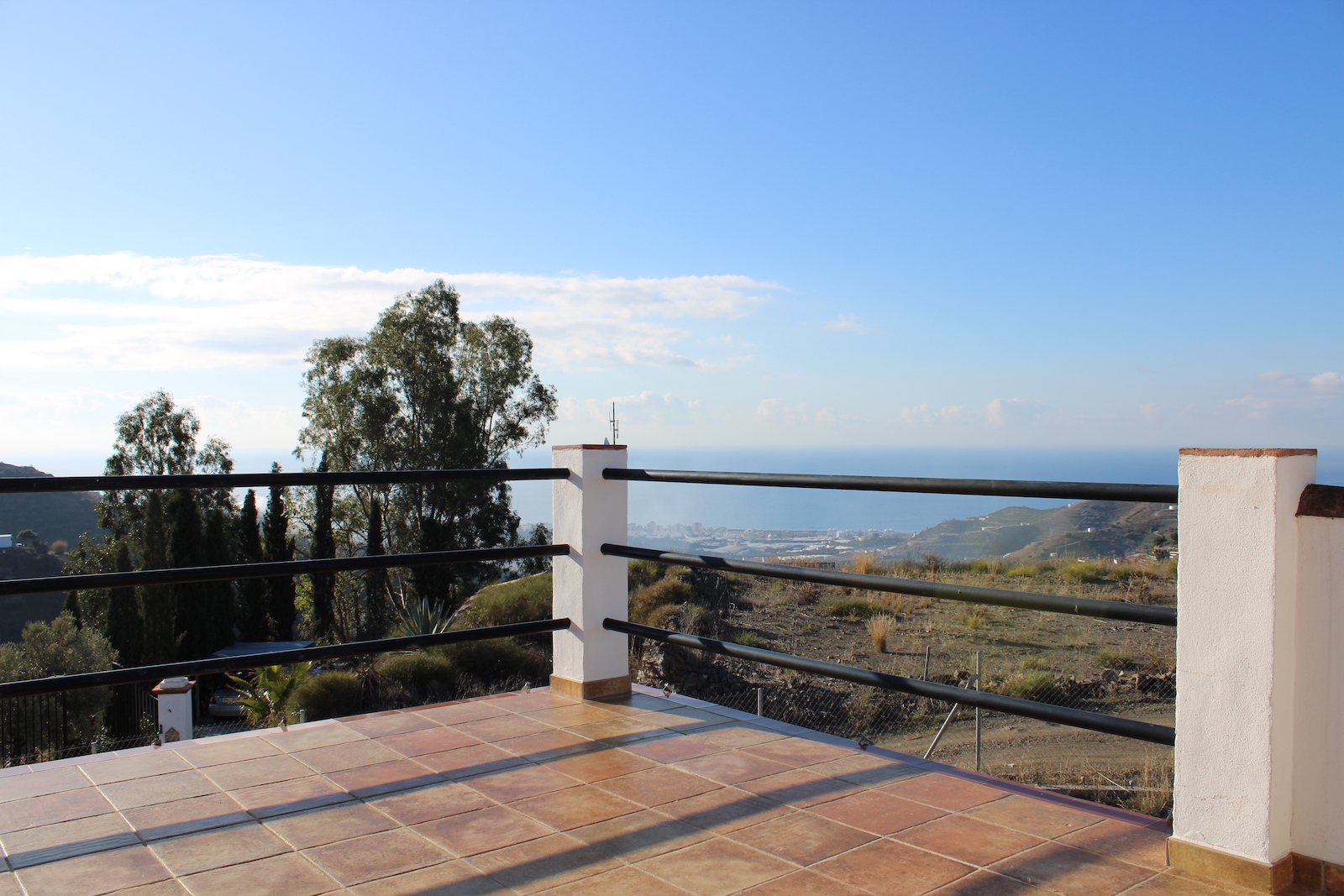 Welcome to this high standing, very well maintained villa, with nice sea and mountain views. Located in a quiet and peaceful area, with only 15 minutes drive to Torrox costa. Included in the purchase is a share in a water-society Patalamara, which gives access to 17,500 litres per week. Own water deposit of 30,000 litres is on the plot, here is also a garage with good size. Internet connection and satellite TV are available.

We enter the house and enter the hall with storage space, where the stairs to the second floor are also located. On the ground floor there are two bedrooms, a large bathroom with washing machine, fully equipped modern kitchen and nice separate dining area. At the heart of all this is a stove, which provides cosy warmth during the winter. All windows and doors are of very good quality and have 2-pane insulating glass, which keeps both heat and cold away.

We take the stairs up to the second floor and enter the large living room, here is also the second bathroom. The living room has both a wood-burning stove and air-conditioning, as well as the exit to the two lovely terraces of the house. On the first terrace you have the morning sun, wonderful place to have breakfast. Let’s go around the corner and take the outside stairs up to the top terrace, here you have sun and lovely sea views all day.

When staying here, a car is a must. It takes 15 minutes to Torrox costa, with its lovely beaches, restaurants and other services. It takes just under 50 minutes to Malaga airport and the renowned Baviera golf course, is less than 25 minutes drive from your new home. In winter, you are just an hour and 45 minutes from Granada with skiing in the Sierra Nevada, the best of both worlds.

The villa is sold fully furnished, except for private items. The property is owned as a company, which is an advantage in terms of costs at takeover. The property can of course also be bought as a private individual. 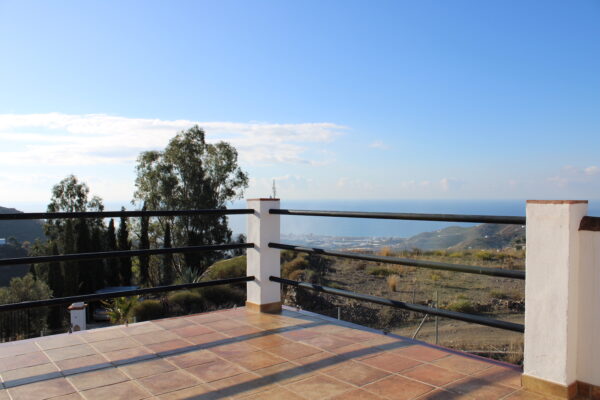 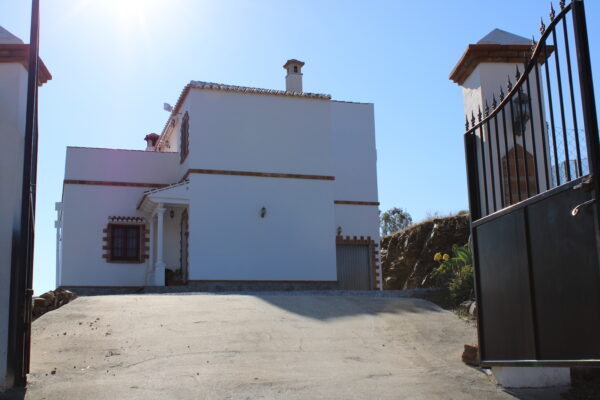 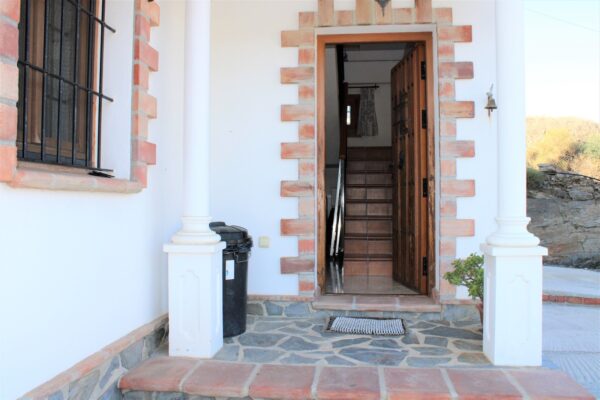 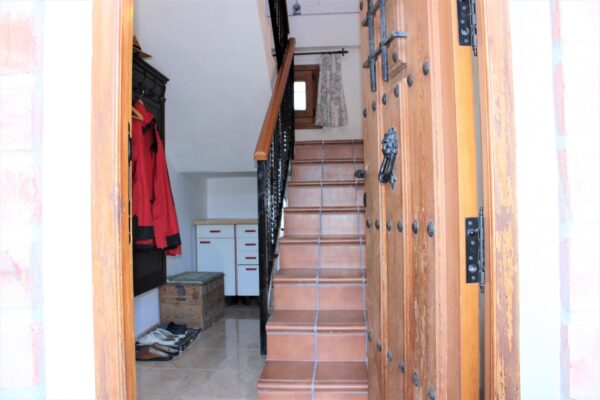 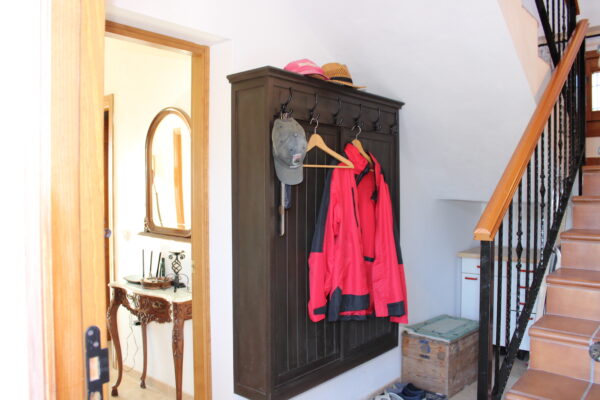 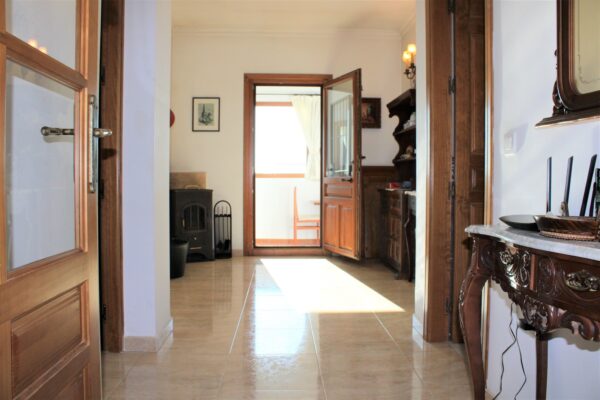 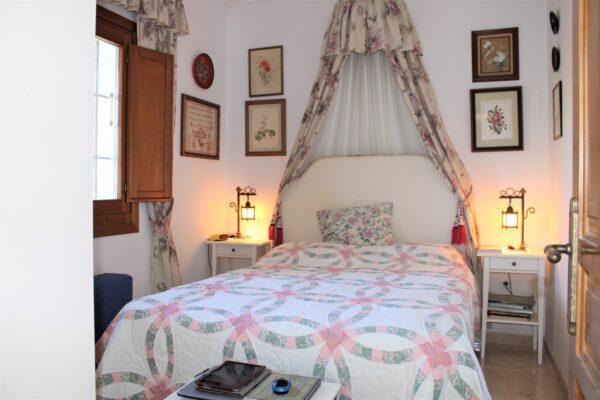 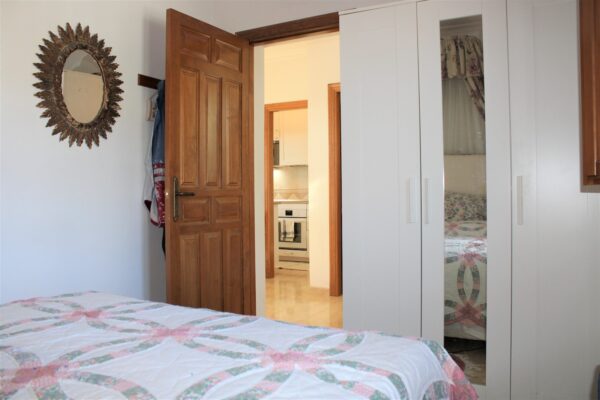 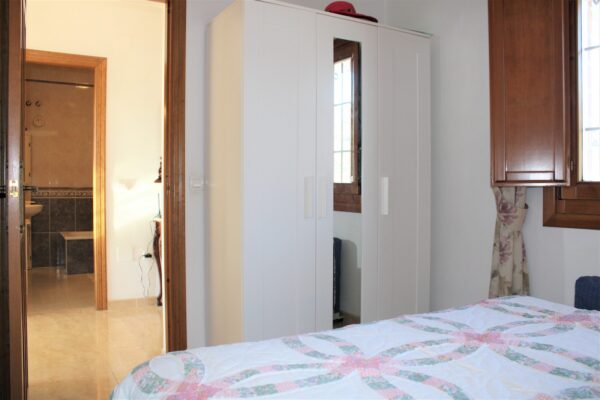 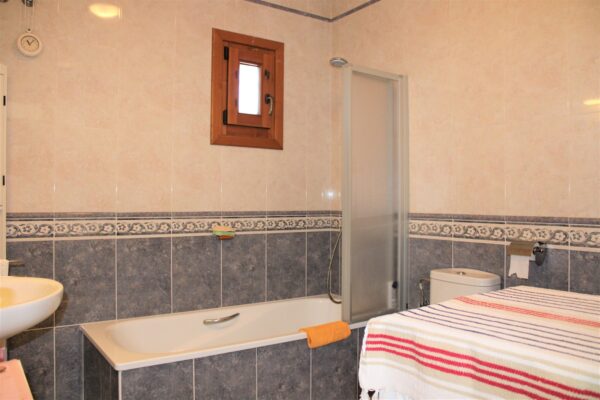