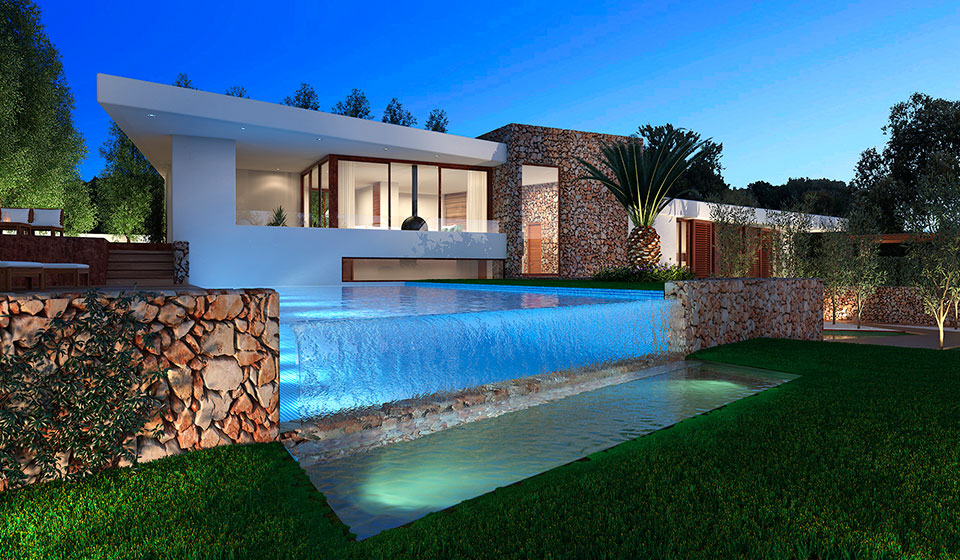 A fantastic property on a flat, south facing, 1,705m2 plot of land in the Urbanisation of Las Laderas. Surrounded by vineyards and great views to the forest opposite, and just 3km from the beach and 1km from the Javéa Golf Club.

This newly-built villa is on two floors and has a very modern construction. Immensely spacious, with large windows and open spaces, wooden floors and all the comfort you would expect from such a wonderful property of over 300m2 of living space. There is an open plan area with a large living room with lovely views, and dining area with direct access to a very well designed kitchen which has views of the surrounding vineyards. One master bedroom with two en-suite bathrooms and large wardrobes. There are two guest bedrooms each with an en-suite bathroom and guest toilet. Facing the house, and just across from the terraced area where there is a BBQ, fountain and summer pergola, there is a small old town house of 90m2 that has been converted into a guest house with two bedrooms, two bathrooms, a living room and small service kitchen. It has been perfectly restored, respecting the character of the original house that was built back in the 1940’s. There is a beautiful garden and an interesting pool built on two levels with a small waterfall over a stone wall.

A family house with great character, lots of space and comfort, and in a great area!

Area
Jávea (or Xàbia), is an idyllic location for the thousands of residents looking for something a bit different to the resorts further south. A wide bay positioned between two rocky headlands and sheltered by the dramatic Montgó Massif, Jávea is the Costa Blanca’s great unspoiled location.

In fact, you will find three locations for the price of one in Jávea. On the slopes of the mountain is an old town dating back to the 14th century – a warren of narrow streets, honeyed sandstone buildings, some still riddled with bullet holes from the civil war.

Head north to the charming port of Cabo de San Antonio. Overlooked by ruined 17th century windmills (for that Don Quixote feeling) is a marina that has drawn comparisons with Dartmouth in the UK. In the bay fishing boats bob alongside pleasure cruisers and you can sample the catch of the day including ‘erizos de mar’ (sea urchins) from the daily fish market.

Stroll for a couple of kilometres along the beach promenade and you’ll reach Arenal, Jávea’s most popular beach resort. This is where you’ll find the main apartment complexes, bars and restaurants aplenty. Whether you are people watching or meditating on the rocky headlands, Jávea’s coast is compelling.

Community
A medium sized town with 33,000 citizens, half of the people you will meet in Jávea now hail from Britain and northern Europe. English is widely spoken and even the newsstands are multilingual.

Property
You’ll find different types of property depending on where you choose to settle. Apartments are in abundance around the beach at Arenal, period town houses come at a premium in the old town and there are family sized villas to be found at the developments in the immediate vicinity.

Transport
Positioned between two airports, Jávea is roughly 100 km to Alicante in the south and Valencia to the north. You can catch regular bus and train services, or whizz down the express toll road, the AP-7 that runs down the Mediterranean coast.

Amenities
It might be a small town, but Jávea serves its residents well with numerous shops, including a weekly market, a flea market and bookshop. You’ll also find a cinema and numerous banks.

Health
Although there is no hospital in Jávea, you can access two public health care clinics in the old town and at the port, including an emergency room. If you don’t qualify for state care then there are also numerous private clinics.

Jobs
The majority of work in Jávea is centred around the tourism and the services industry. It’s a small town and much of the work is seasonal so it’s a good idea to explore opportunities in Benidorm and Alicante down the coast.

Cost of Living
Jávea is a beautiful and exclusive town, so as you might find your daily spending’s to be a little pricier than you’d find in busy Benidorm or the city of Alicante. 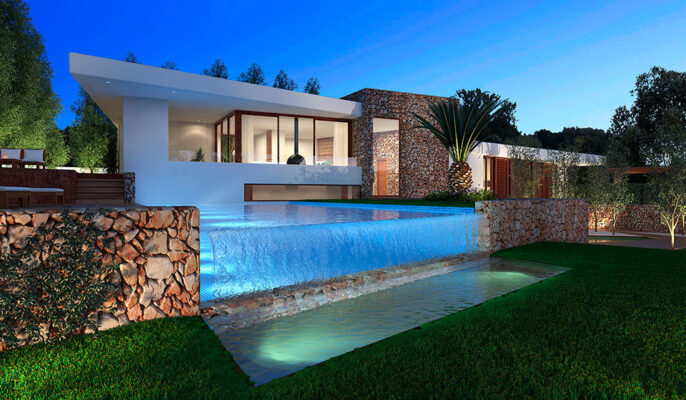 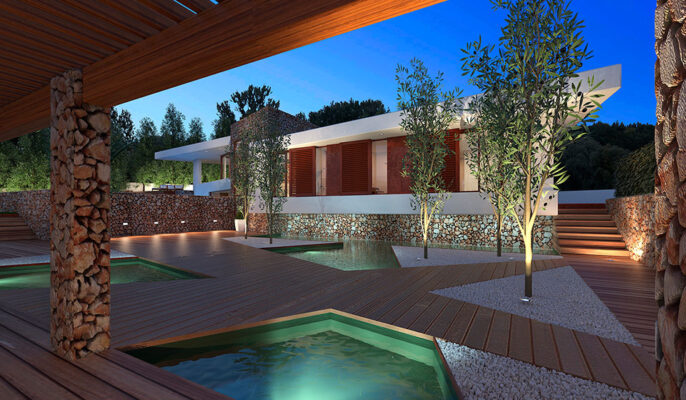